The summer of 2016 saw an unprecedented increase in the number of arrivals of displaced people to Europe – individuals seeking refuge from civil war, drought, political instability and violence. Many who completed the journey were met with indifference, and in some places outright hostility, to their suffering and request for asylum and refuge. While the securitization of Europe’s Mediterranean maritime borders became central to the discursive production of the so called migrant crisis, the land borders of ‘Fortress Europe’ were also strengthened. Specifically, the borders of Balkan and Eastern European countries, frontiers previously disavowed in the name of European free travel, were systematically resurrected in the name of pan-European ‘security’. The core concern of this research is to render visible the deeply marginalized experiences of those subjected to the full force of European securitization in response to the migrant crisis. Hungary provides a particularly illustrative example of how this became operationalised through a discourse of risk management used to justify the biopolitical population management of non-citizens through militarized border control and expulsion. The research was conducted in Budapest, the Hungarian capital, and Bicske, a small town roughly 40 kilometres from Budapest, which housed an open camp for asylum seekers. The evidence that emerged from the semi-structured interviews was critically deconstructed to render visible the silenced, hidden narratives beneath the securitization apparatus associated with Hungary’s rejection of its responsibility to asylum seekers and refugees. Three a priori themes – orientalism, securitization and voice were identified at the beginning of the coding process. This expanded to include population management, and the theme of voice became more clearly thematised as exclusion and advocacy. These themes are not mutually exclusive. Rather, they overlap and underpin each other in ways that enable the systematic silencing of the voices of migrants, asylum seekers and refugees within Hungary’s securitization apparatus, both at the border and within. 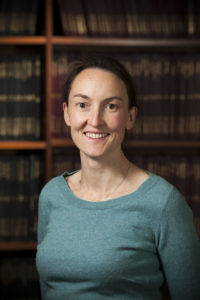 This is one of a series of seminars in the Whitaker Ideas Forum. Valerie will be representing the Population and Migration research cluster. 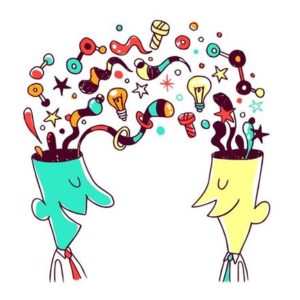 The Whitaker Ideas Forum is a weekly seminar, running Wednesday’s throughout the semester from 1:00pm-2:00pm in CA110. It provides the opportunity for members of the Institute to showcase their research. The result are presentations that highlight the diversity of the research being undertaken, while allowing for an opportunity to engage in discussions and, sometimes, collaboration with attendees. Below, you will find a list of this semester’s seminars, please click the title for more information on that seminar.