A new RTÉ Brainstorm article by Whitaker Institute member Dr Seán Crosson, explores the relationship between Gaelic games and cinema, a topic which he explores in his new book Gaelic Games on Film: From Silent Films to Hollywood hurling, horror and the emergence of Irish cinema. 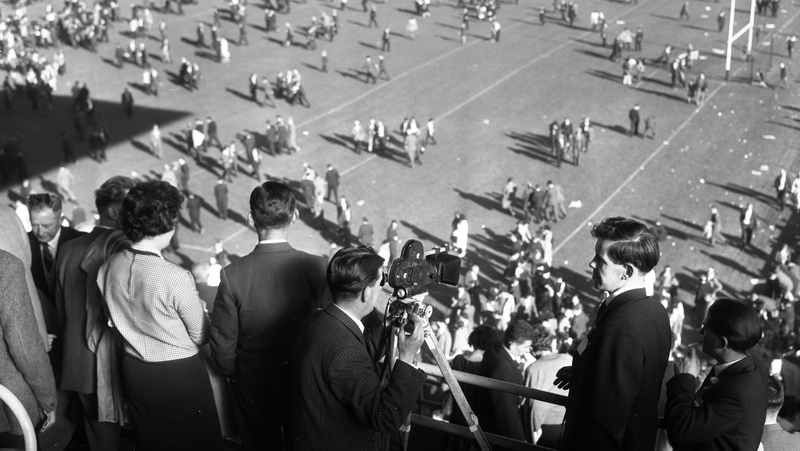 Analysis: there has a long and colourful relationship between Gaelic games and cinema home and away

While Gaelic games are among the most popular sports in Ireland, few will be aware of the long tradition of depicting these games in the cinema, a tradition that goes back to the earliest days of the cinema. In fact, as early as 1901, the Irish Animated Photo Company filmed a Cullen’s Challenge Cup hurling game between Rovers and Grocers played at Jones’ Road – now Croke Park – and the film was screened as part of a “Grand Gaelic Night” at the Rotunda on Parnell Street the following week.

In subsequent years, Gaelic games have repeatedly provided filmmakers with a resonant motif to represent perceived aspects of Irish identity, perceived as these representations have been neither straightforward nor unproblematic. In international productions in particular, Gaelic games have been employed on occasion as a short hand for regressive stereotypes associated with Irish people, including their alleged propensity for violence. Continue reading…