Although Ireland’s security and defence policy is currently undergoing a period of change, the precise nature of this is unclear. On the one hand there is no shift, and apparently little interest in altering, the official policy of ‘active neutrality’. Indeed, this policy has been strongly reiterated in successive official statements-the 2015 White paper on Defence; the 2016 Strategy Statement and the 2019 Update on the White Paper. On the other hand, Ireland’s position of neutrality has arguably never been more isolated. Sweden and Finland in particular, have moved decisively closer to NATO, although somewhat confusingly, they remain officially non-aligned. Ireland has joined the EU’s PESCO initiative which critics deride as a first step to Irish membership of an EU army. Are such claims overblown and what in fact has been the experience of Irish participation in PESCO since then? Ireland becoming a member of the UN Security Council in 2021 reveals the ongoing importance for Ireland of being a global peacekeeper, while the Commission on the Defence Forces suggests a high-level political desire to reform the Defence Forces as well as defence capabilities more generally. What might this look like, especially given the fiscal impact of the COVID19 pandemic? This presentation presents my research to date which seeks to analyse who or what is driving such a process? To what extent can we speak of an evolution or in fact continuity? 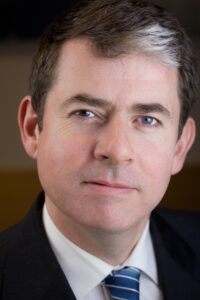 This is one of a series of events in Whitaker Webinars. Dr Flynn will be representing the Conflict, Humanitarianism and Security research cluster.