POSTPONED – Levelling up” or coming apart?; the UK’s constitutional future after Brexit

Michael Kenny will discuss the various dynamics that are, in the context of Brexit, placing the UK’s territorial constitution under growing strain. Drawing upon research he has been conducting into the g constitutional thinking of the British Conservative party, he will explore the difficulty which many of its politicians face in reconciling the goals of Brexit and preservation of the domestic union. He will consider too what the Johnson government’s ambition to address left-behind places and regional inequalities in England means for its wider constitutional and territorial ambitions. 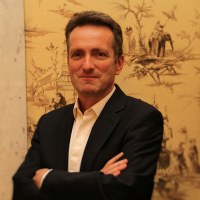 Before he arrived in Cambridge, Michael held positions at: Queen’s University, Belfast; the University of Sheffield, where he was appointed Head of Department; and Queen Mary University of London, where he was the inaugural Director of the Mile End Institute. He served on the Leverhulme Trust’s Advisory Committee (2010-2018), was co-director of the British Academy’s “Governing England” programme (2015-2018), and is currently a visiting Fellow at the UCL Constitution Unit, a member of an external experts panel convened by the Scottish Parliament to advise on the constitutional implications of Brexit, and a member of the advisory board of the Constitution Society. He is currently writing a book on the UK’s different potential constitutional futures.