What role does ethics play in business practice, in Ireland and internationally? Professor Kate Kenny will discuss insights from over ten years’ research into this question, with a focus on speak-up and whistleblowing. From the U.S. White House, to the Brexit referendum and Ireland’s policing and energy sectors, whistleblowing is rarely out of the news.  Meanwhile laws are changing across the world, with a new EU whistleblowing directive promising major changes for Irish organizations in the public and private sectors. Professor Kenny will identify resulting impacts, challenges and opportunities for organizations and citizens in Ireland, based on international experiences.

Professor Kenny will be in conversation with John Devitt, Chief Executive and founder of Transparency International’s chapter in Ireland and Chair of the Whistleblowing International Network. 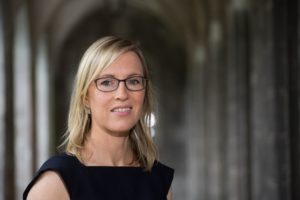 Kate Kenny is Professor of Business and Society at NUI Galway. She has a Bachelors degree in Civil Engineering and a Phd from Cambridge University. She has held research fellowships at the Edmond J. Safra Lab at Harvard University and Cambridge’s Judge Business School. She has researched whistleblowing in organisations since 2010, with projects funded by Harvard, the UK’s ESRC and ACCA, British Academy and Leverhulme Trust. Professor Kenny has published two books on the topic this year. Whistleblowing: Toward a new theory (Harvard University Press, 2019) examines whistleblowing in financial services. The Whistleblowing Guide (Wiley Business, 2019) presents challenges and best practice in implementing organizational speak-up arrangements, drawing on research from internationally-renowned health, engineering and banking organizations. Professor Kenny’s work has been published in Organization Studies, Gender Work and Organizations, ephemera and Human Relations among other journals. She is a member of the Work, Organizations and Society research cluster at NUI Galway’s Whitaker Institute. 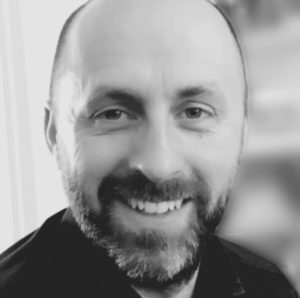 John Devitt is Chief Executive of Transparency International Ireland (TI’s chapter in Ireland). Since founding TI Ireland in 2004, John has led new research and successfully campaigned for new whistleblower protection, lobbying regulation, freedom of information and stronger corruption controls in Ireland. John was instrumental in bringing about the Protected Disclosures Act, 2014 and advised the Irish Government on the legislation. He has also advised and delivered training on behalf of international organisations, including the UN, Council of Europe and European Commission on whistleblower protection. In 2011, John established TI Ireland’s Speak Up Helpline which has supported over 1000 people reporting wrongdoing including Garda whistleblower, Maurice McCabe. John also serves as Chair of the Whistleblowing International Network which comprises some of the world’s leading whistleblowing support charities and non-profit organisations. John graduated with an MA in Ethics from the Mater Dei Institute, DCU in 2012.