Developing a balanced economy in Ireland requires the emergence of thriving entrepreneurial ecosystems throughout Ireland, not just in Dublin. Drawing on 35 years of working with a diverse range of national and regional entrepreneurial ecosystems across the world, Professor Levie will discuss how diverse regional stakeholders can cooperate to enhance entrepreneurship within their region, including third level education institutes, financial institutions, corporates, local government, accelerators, enterprise agencies, and above all, entrepreneurs and business angels. He will also contrast the role of national government with that of regional ecosystem stakeholders. The talk will also outline plans for a new Centre for Entrepreneurial Growth & Scaling at the J.E. Cairnes School of Business & Economics.

Professor Levie will be in conversation with Senator Pádraig Ó Céidigh, Entrepreneur and Independent Senator in Seanad Éireann. 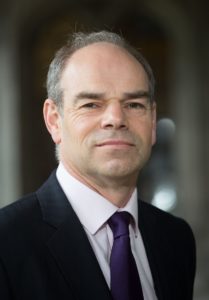 Jonathan Levie is Professor of Entrepreneurship & Regional Development in the J.E. Cairnes School of Business & Economics in NUI Galway. He was formerly a Professor in the Hunter Centre for Entrepreneurship at the University of Strathclyde, Glasgow, UK, where he served as its first Director and subsequently as Director of Knowledge Exchange and Director of Teaching. He has held research and teaching posts at London Business School (UK), Babson College (US), INSEAD (France), and University College, Cork (Ireland). Professor Levie served on the original founding team of Global Entrepreneurship Monitor (GEM) and is currently a member of its Research and Innovation Committee. He was the Scottish universities representative on Scotland’s MIT Regional Entrepreneurship Acceleration Program (REAP) core team, which engaged stakeholders nation-wide in a collective impact approach to enhancing the innovation-based entrepreneurship ecosystem in Scotland. Recently, he co-developed Strathclyde Business School’s Growth Advantage Programme for established entrepreneurs who wish to grow their business. Now in its fourth cycle, this programme has recently been designated “One to Watch” by the Scaleup Institute. Professor Levie’s most recent research articles have appeared in Journal of Management Studies, Research Policy, Entrepreneurship Theory & Practice, Small Business Economics, Journal of Business Research and Family Business Review, among others. 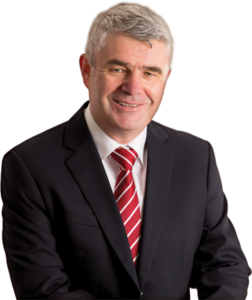 Pádraig is an Independent Senator appointed by Taoiseach Enda Kenny (one of the 11 appointed Senators) in May 2016 to the 25th Seanad Éireann. He is the author of a Seanad Éireann Report on Small & Medium Sized Businesses in Ireland published in May 2019.  A fluent Gaelic speaker and Connemara native, Pádraig received his third level education in NUIG before having careers in accountancy, teaching and as a solicitor. He has started and grown businesses in many industries but is perhaps best known as the founder of Aer Arann Express and Aer Lingus Regional. Pádraig also served on the boards of many public bodies. He represented Ireland in the EY World Entrepreneur of the Year Awards in 2003, and chaired the Judging Panel for the Irish Entrepreneur of the Year Awards until 2014. He was named NUIG Business Alumnus of the year in 2002 for his contribution to the Irish economy and entrepreneurship, and Galway Person of the Year in 2004.