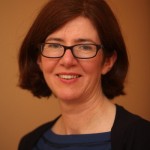 Apple is no stranger to conflict and while the company would undoubtedly prefer to avoid the current conflict over taxation, it is likely that conflict within the management team has contributed to its success as a highly ambidextrous company.

What is ambidexterity in an organisation? Organisational ambidexterity refers to simultaneously engaging in activities that exploit an organisation’s existing capabilities and engaging in activities that explore new capabilities. This is seen as paving the way for introducing both radical and incremental innovations in the marketplace. For many organisations, both radical and incremental innovations are needed and it is not an ‘either/or’ choice. Exploration is needed for radical new ideas and those ideas then need to be exploited to generate profits through incremental variations on the original idea (e.g. Apple iPhone was a radical innovation which was then exploited through subsequent generations of iPhones).

Recent research carried out by Professor Breda Sweeney as part of the IRC-funded OAbidexMCS project (in collaboration with Professor Josep Bisbe, Esade Business School and Dr David Bedford, University of Technology Sydney) points to the beneficial role of conflict among senior management in achieving ambidexterity. In other words, encouraging your senior managers to openly express differences of opinions about work-related issues (task conflict) can increase the likelihood of generating radical and incremental outputs.

But how can this conflict be encouraged? Based on data from 90 Irish companies, they found that the design and use of key performance indicators (KPIs) had a significant role in generating conflict. Common measures of innovation, such as time to market, number of new products etc., tend to incentivise incremental innovation. The findings suggest that companies who had intentions to be ambidextrous designed their performance measures to include measures that made radical innovation visible (e.g. portfolio of projects across different risk categories).  These metrics served to counter balance the momentum towards incremental innovation resulting from the more common KPIs. A more balanced set of KPIs combined with opportunities to debate the KPIs were significantly related to the level of task conflict among the top management team. In turn, the level of task conflict was positively related to a high and balanced combination of radical and incremental outputs. This suggests that generating higher levels of task conflict among senior management through the design and use of KPIs leads to increased ambidexterity.

Of course there is likely to be an optimal level of conflict. Those of you familiar with the Steve Jobs film will have seen the negative outcomes that can result from extreme clashes of opinion on investment in new versus existing products. Active management of conflict needs to take place with the focus on ‘using’ the conflict to lead to better quality decisions.

So folks, the message is – don’t knock KPIs that provoke task conflict! They may be serving your organisation well.