Professor Ray Murphy, of the Conflict, Humanitarianism and Security research cluster, has a new piece on RTÉ Brainstorm. The article looks at the relationship between the United States of America and Iran.

Is war inevitable between the US and Iran? 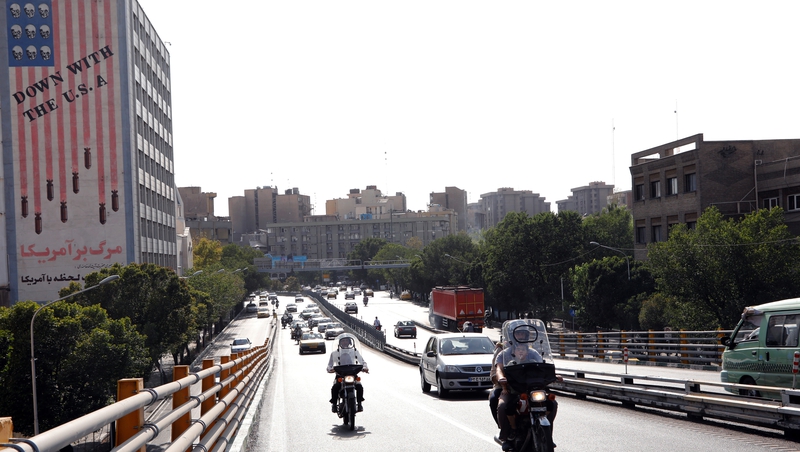 An anti-US wall painting in a street in Tehran in July 2018. Photo: EPA

Opinion: escalating tensions between the two countries could have huge ramifications for the Middle East

As the war of words between the US and Iran escalates, the risk of an accidental armed conflict breaking out remains high. Not surprisingly, it is hard to decipher a clear strategy by US president Donald Trump, but the rhetoric is alarming. The now typical bellicose pronouncements from Trump do little to reassure allies, while adding to the general incoherence of US foreign policy under his leadership.

Assurances by Secretary of State Mike Pompeo and Acting Defense Secretary Patrick Shanahan that their objective has been to deter Iran do not inspire confidence. Shanahan is reported to have said that they now want to prevent further escalation and the US is “not about going to war.” It certainly does not look that way.  Furthermore, if as is claimed the US administration’s aim is to prevent Iranian miscalculation, this fails to take account of an equally likely US miscalculation. Read more…