On 4 March, the Whitaker Institute was delighted to host an InterTradeIreland seminar titled ‘Protecting Space for Radical Innovation’. The event, which was attended by over 40 people, saw a discussion between Professor Breda Sweeney and John Power, founder and CEO of based med-tech and drug delivery company Aerogen.

Radical innovation aims to destroy current products, services and business models to create new markets and replace existing ones. The iPhone, Netflix, and Skype are all the result of transformative radical innovation. Businesses that don’t innovate won’t last, and those that want to really stand above the competition need to embrace radical innovation. But businesses are naturally inclined to favour less risky short-term innovations over more radical blue-sky projects. Based on her recent research, Breda discussed how businesses can use their management systems to protect space and resources for radical innovation. Meanwhile, John reflected on his experience of protecting radical innovation in Aerogen and how his company successfully balanced pressure to meet short-term financial targets with a strategy for long-term growth. 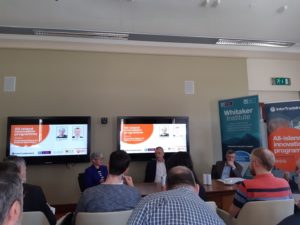 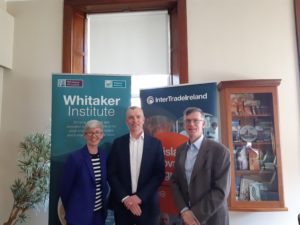