Seminar: The Relationship between Media Multitasking and Cognition—What Do We Know? 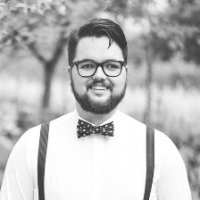 Daniel le Roux (left) and Doug Parry (right) of the Cognition and Technology Research Group at South Africa’s Stellenbosch University will be at NUI Galway on 14 November to present a seminar on ‘The Relationship between Media Multitasking and Cognition—What Do We Know?‘.

In the eight years since the publication of the Ophir, Nass and Wagner (2009) seminal study of the effects of high levels of media multitasking on cognitive performance, numerous subsequent studies have considered the relationship between these two constructs. But are we any closer to understanding their interaction?

One would expect that, over time, the nature of this relationship would become elucidated given the growth in the body of evidence produced through scientific inquiry. However, many of the subsequent studies produced inconsistent and disparate outcomes. In particular, two categories of hypotheses have emerged on the basis of recent empirical findings. The first category, which includes the breadth-bias, the self-selection and the strategic hypotheses describes how underlying individual differences drive media multitasking, and, that these differences, rather than media use behaviour, explain diminished performance on laboratory assessments of cognitive control. The second category, promoting a deficit-producing hypotheses, proposes that media multitasking leads to changes in cognition. While both of these categories hold interesting value for future research, empirical evidence is weak, inconsistent and based on small sample sizes. In particular, a number of methodological and conceptual factors are hindering progress in this regard. Nonetheless, either category of hypotheses poses challenges for the future of mediated interactions. If media multitasking causes reductions in cognitive control, there are profound ramifications for performance, both in academic, and in industrial settings. This talk will present and discuss state-of-the-art research on media multitasking and cognition, and suggest directions for future research.