Co-organised by the Centre for Global Women’s Studies, Gender ARC and the Whitaker Institute, Professor Jeemol Unni of Ahmedabad University, Ahmedabad, will be at NUI Galway and leading a public seminar on November 2.

The seminar will be followed by a reception at Friar’s in the Cairnes Building at 5:15.

The link between formality and informality in the labour market, especially with the growth of varying types of self-employment, is an issue of long debate. In this talk, recent literature highlighting the integration of labour markets between formal and informal and wage and self-employment will be discussed. Comparative examinations of China and India will be presented to understand the outcomes of this integration in terms of convergence of returns to education in the formal and informal sectors.

Additionally, the talk will explore the hot topic of debate and policy formulation in recent times: formalizing the informal economy. Specifically, the issue of the blurring line between formal and informal economies in the new context of the platform, or gig-, economy and how it is a growing challenge in countries across the globe. How to address this challenge will be discussed, drawing on the Indian debate on formalization and providing examples of recent efforts in India to overcome the formal/informal divide.

Jeemol Unni is Professor of Economics at Amrut Mody School of Management, Ahmedabad University, Ahmedabad. She was Director at the Institute of Rural Management, Anand (IRMA) and earlier RBI Chair Professor of Economics at IRMA. She holds a PhD in Economics and M.Phil in Applied Economics. She was a post-doctoral Fellow at Economic Growth Center, Yale University. She was an International Labour Organisation Consultant and Senior Advisor to the National Commission for Enterprises in the Unorganised Sector, Government of India. She is a Director of BoG, Women in Informal Employment and Globalising and Organising global advocacy group for informal workers and enterprises, UK.

Prof Unni is a specialist in labour economics and is currently working on the changing geographies of labour in urban India and the multiple manifestations of informalisation in the labour market. She also works on issues related to gender and higher education. 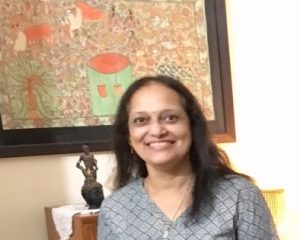