Masterclass in Marketing and Sustainability

This Masterclass in Marketing will discuss two ways of thinking in macromarketing contexts about the formation, growth and evolution of provisioning systems, one reflecting a top-down, macro-utilitarian calculus, blurring individual and factor identity, the other retaining bottom-up, individual diversity and innovation; we argue for both, as they are essential complements in considering provisioning system conflicts and crises. The first focusses on overall system dynamics, the second on capturing the individual and group differences that lead to cultural clashes within system operations. The first calls attention to stability, efficiency and effectiveness in system outcomes, the second highlights debate, innovation, change and system fragility. Both are needed to help in achieving a balance between the extremes of bureaucratic blindness and endless disorder.
Ways in which clashes in the workings of a marketing provisioning system can be resolved are noted; and conclude by asserting that in most if not all of these situations, equilibrium is occasional and accidental, that dynamic balance between stability and innovation is essential, and that as a consequence continuing informed intervention and management is necessary. While clash and crisis in a marketing provisioning system is challenging and often troubling to resolve, it is an essential part of the evolutionary processes that enable complex, multi-level networks of provisioning systems to form and re-form, to innovate and grow, or sometimes collapse, in environments that are always changing and often extreme. Looked at like this, clash and crisis is an essential part of the everyday life of every human community. 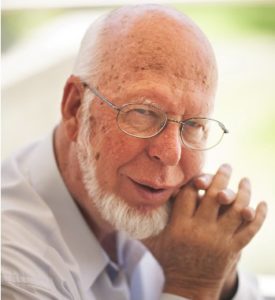 Professor Roger Layton
In 1967 Roger Layton was appointed Professor of Marketing, filling a newly established chair that had been funded by a group of leading Sydney business people. The School of Marketing was formed in 1969 and he became Head of School at that time, remaining in that position until his appointment in 1992 as Dean of the Faculty of Commerce and Economics. In this role he contributed to the development of higher education in China and in 2000 was made an Honorary Citizen of Guangzhou. In 2002, Professor Layton became Executive Dean of the Faculty of Law Business and Creative Arts at the James Cook University in Townsville. In 2003 he was appointed Vice President, International Program Development. He returned to UNSW in 2004 and currently he is Emeritus Professor and continues as Professor of Marketing. He was elected Fellow of ANZMAC in 2010, and is a Fellow of the Australian Institute of Management, the Australian Marketing Institute, the Australian Market and Social Research Society and Honorary Fellow of UNSW.
He is the joint author of several books including Fundamentals of Marketing and Contemporary Hospitality Marketing – A Service Management Approach. His current research interests centre on macromarketing, including strategic management in and of complex multi-level marketing systems. His research in macromarketing has been recognised through the award of the Charles Slater Memorial Award in 1990, 2008 and 2011, the George Fisk best paper awards in 2006, 2007, 2008 and 2011, the Shelby Hunt Award in 2011, and the Robert Nason Award for extraordinary and sustained contribution in 2013. In 1996, his contributions to marketing were recognised through the inaugural award of Distinguished Marketing Educator from the Australian and New Zealand Marketing Educator’s Conference. In 1998 he was made a member of the Order of Australia (AM) for his services to Marketing.