Whitaker Institute member Dr Emer Mulligan of the Performance Management research cluster, has co-authored a new report on the Pensions System in Ireland titled ‘Pensions in Ireland: The Perspectives of Irish Citizens and Implications for the Irish Pension System and Reforms.’

Read the press release and download the report below:

A report recently published by NUI Galway and launched by Deputy Kate O’Connell, Fine Gael TD, concludes that the Irish Pension System is not fit for purpose, calls for revisiting the tax relief provisions on pensions, and suggests policymakers need to begin to listen to what citizens want with respect to pensions.

The study was undertaken against the backdrop of population ageing, which has been identified as a major societal challenge for all Western nations, and a key challenge for the Irish government is in relation to the sustainability of current levels of pension provision. It reflects the voices of the people who are directly affected by these reforms which has been largely absent from the discussions and debates in the pensions reform process.

Speaking at the launch of the report Deputy Kate O’Connell, TD, said: “Research informed policy recommendations for us to consider like the ones arising from this study, will certainly impact our political and public debate on this matter, and helps bridge the gap between society and Leinster House.”

Like most countries, Ireland provides tax advantages and financial incentives to advance a policy goal of promoting savings in private pensions as a means to improve coverage and the overall adequacy of the incomes of older people. In Ireland the tax reliefs are generous by international standards and include tax relief at the marginal rate of tax on pension contributions, and exempting the gross build-up of private pension funds. As highlighted in this report, the tax foregone in the majority of cases as a result of the tax relief granted on pension savings raises questions of fairness and efficiency in relation to tax expenditure.

As evidenced in this study, some citizens see the tax relief on pension contributions as nothing more than an important way of reducing their tax liability, and accumulating wealth. Many citizens were not aware that they could receive favourable tax treatment on any pension contributions they had made. For others, in particular those on low incomes and in precarious jobs, the idea of tax subsidised retirement savings made little difference, as they did not have the capacity to either save or increase their savings for retirement. The latter is a major factor contributing to the gender gap in pensions in Ireland. In addition, participants in this study seemed troubled by wealthy people receiving a subsidy they probably did not need. The irrelevance of the tax incentive for those outside the tax net altogether was also noted.

Lead Author of the report, Dr Emer Mulligan, J.E. Cairnes School of Business and Economics at NUI Galway, says: “Based on our findings, there is now a clear need to investigate the true cost to the taxpayer of the arguably overly generous provisions in the tax system for pensions. Any investigation should cover the differential effects by gender and the relevance for those on low incomes, and consideration should be given to abolishing generous tax reliefs for a private pension.  The tax relief for pensions may well represent a good return on investment for individuals availing of it, but it does not appear to be achieving its objective of increasing pension coverage.”

Mulligan also highlights the need to address the important issue of trust in the system: “I was particularly struck by the low level of trust interviewees who participated in the study have in the current pension system. They are concerned about how the Government is addressing the challenges we are facing with respect to pensions, and many interviewees spoke of their lack of trust in the ‘pensions industry’, and the latter of course is somewhat worrying in light of recent proposals on Automatic Enrolment (a supplementary pension scheme whereby employers would introduce a workplace pension scheme and employees would be automatically enrolled in the scheme). There is a real and urgent need now to build trust between citizens and government, pension fund managers, and financial intermediaries.”

Other key recommendations from the report included: 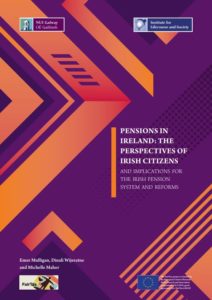 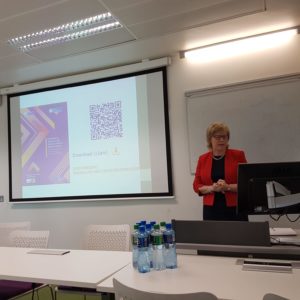 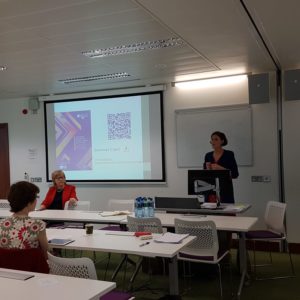 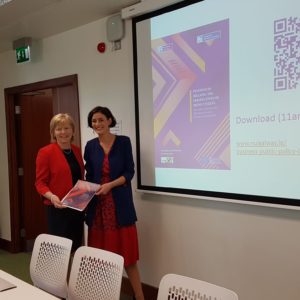