The new three-year, €2 million transnational a creative momentum project, led by the Western Development Commission (WDC) with support from NUI Galway, will be implemented by six organisations based in Mid-Sweden, North East Iceland, Northern Finland, South East of Northern Ireland and the West of Ireland. An overview of the five regions was given by representatives of the partners during the launch in Carrick-on-Shannon, Co Leitrim, entitled ‘Connecting creativity across Europe’s Northern Edge’.

In an effort to address the needs highlighted in the survey, the project aims to build networks to support creative entrepreneurs through innovation and skills development;  provide opportunities to network and collaborate across the five partner countries; improve access to international markets; and carry out further research on the creative sector. The activities which a creative momentum project will implement over the next few years were also outlined at the launch ‘what is a creative momentum project’ by Pauline White from the Western Development Commission supported by NUI Galway.

The a creative momentum project aims to connect and highlight the wealth of creativity across Europe’s Northern Edge. Dr Patrick Collins who is leading the research element of the project from the Whitaker Institute said: “We are interested in gauging the impact that Culture has on its place. This is a very exciting project that looks at peripheral regions in Europe’s northwest and questions how culture and creativity is affecting the region’s development. It is envisaged that this research will help make a cogent case for the creative and cultural sectors, identifying supports for their growth and more locally complements Galway’s bid for European Capital of Culture in 2020.”

Many of the supports under a creative momentum will be made available through the MyCreativeEdge.eu website. Launched in mid-2013 the site has already attracted 90,000 website visits and 570 creative enterprises have published their free online profile. The survey of creative enterprises found that 68% of respondents already made some sales outside of their home country and MyCreativeEdge will be further developed in the coming years to improve access to international markets.

During the launch, the first call for applications for support under the a creative momentum project was opened. Find out more about ‘Support to Exhibit at an International Trade Fair’ at www.mycreativeedge.eu 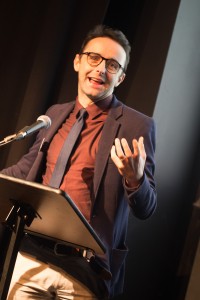 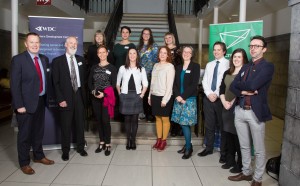 The project is co-funded by the EU Interreg Northern Periphery and Arctic Programme.